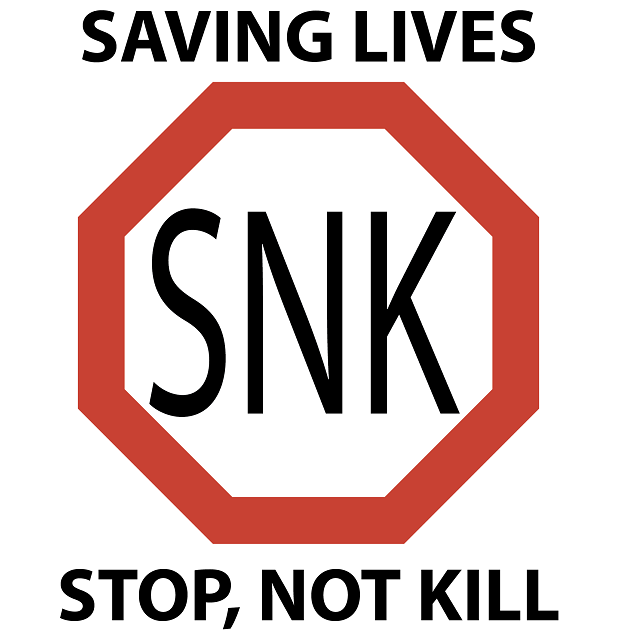 HERE IS OUR STORY…

We’re on a mission to save lives, starting as soon as possible. We do not apologize for that.

The article below may have language not everyone will be comfortable reading, and while we regret that, we’re so motivated to save lives, that we’ve written this article anyway.

About 500 people in the US die every year from accidental discharges of firearms used privately for personal protection.

Every one of these is a tragedy.

A handful of law enforcement officers are killed every year with their own guns.

Every one of these is a tragedy.

About 1,000 people die from police shootings every year. The overwhelming majority of these are the result of proper use of lethal force, although a handful are controversial or worse.

What would happen if all these numbers could be dropped nearly to zero, and not only without any reduction in the public safety afforded by those guns in the first place, but with even BETTER safety for the law enforcement officers who face potential danger on a daily basis?

Now THAT would be a WIN-WIN.

A lot of people with the best of intentions and a variety of viewpoints are currently working to change social attitudes, try different interventional approaches, improve training, and related strategies. Some of these may work, some may not, and all will take time.

Until these things work, people will keep right on dying. Right now, that’s about 4 people a day.

At SNK, we understand that until some grand day in the future, guns used by law enforcement and for private personal protection will continue to be used. THAT WILL NOT CHANGE ANY TIME SOON.

For that reason, why not explore the notion of engineering a bullet that will STOP SOMEONE COLD, ON THE FIRST SHOT, BETTER THAN CONVENTIONAL ROUNDS, but probably not kill them?

That’s what we set out to do, and when we started doing our research, we were surprised and encouraged to find out that such a thing might actually be possible to create, after all.

THIS IS A TECHNICAL FIX TO AN INSANE PROBLEM

The most important thing a _rearm is supposed to do in a law enforcement situation is to TAKE SOMEONE OUT OF THE FIGHT who poses an immediate threat of death or great bodily harm, either to the officer or to a third party.  Any statistically complete review of police shooting statistics will demonstrate that some very dangerous people, with the worst intentions in the world, and the means to act on them in a heartbeat,

confront police every single day. Taking someone such as this out of the fight – NOW – is the key to preserving lives.

However, remarkably, even a gunshot wound that will ULTIMATELY prove lethal, such as one that causes massive internal bleeding, may NOT take a person out of the fight – at least not right away!

That’s not common knowledge, and it IS counter intuitive. Mortally wounded suspects have killed law enforcement officers far too often [even 1 is far too often, but tragically, the number is a lot more than 1].

Also, even the best trained officers only hit their intended targets in genuine, high stress situations about 1/3 of the time. Thus, if a wounded suspect – mortally or not – is able to return _re, an officer has a frightening chance of missing on a second shot, exposing them to even more danger.

Why are wounded suspects frequently able to stay in the fight?

Primarily because there are surprisingly few PAIN NEURONS inside the body, which is where conventional rounds end up!

By comparison, human skin is loaded with pain neurons, and a bullet that affects a huge number of them in a shallow wound the size of a dinner plate would be nightmarishly painful, instantly disabling, but almost always survivable, since internal injuries to major nerve bundles, major arteries, bones, and internal organs would not occur.

In effect, conventional rounds WASTE their kinetic energy causing internal wounds that are NOT instantly disabling in a surprising percentage of cases, all the while causing fatal injuries that may kick in either immediately or after a delay.

WE’RE SMARTER THAN THAT, VERSION 1.0

At SNK we’re setting out to REDIRECT the kinetic energy of the round so as to produce massive surface injuries that are so painful, they will take someone out of the fight, instantly, on the very first shot, with MUCH greater likelihood than a conventional round will. In effect, this makes them SAFER for the police officers who need to use them.

As it turns out, with basically all the kinetic energy’s being used to create instantly disabling, nightmarishly painful skin wounds, there’s virtually no kinetic energy left to cause internal injuries. And we know such internal injuries are of less practical use in stopping a suspect than the skin injuries just mentioned, that means the kinetic energy is being used as efficiently as possible to take the suspect out of the fight immediately and take officers out of danger. Officer safe / suspect not dead. WIN-WIN. And all the result of the most e􀃞cient possible use of the round’s kinetic energy.

WE’RE SMARTER THAN THAT, VERSION 2.0

BUT – what about a suspect who tries to kill a police officer by murdering them with a car? Currently, officers shoot thru the windshield to protect them from these types of attacks.

The SNK Round is designed to be “smart”. It will have the ability to detect whether the target is a person or a hard object like glass, and will cause massive skin wounds in the first case, but stay intact as a ballistic penetrator in the second case.

WE’RE SMARTER THAN THAT, VERSION 3.0

One more item… the SNK Round is being designed to shoot EXACTLY like current ammunition. So you can practice with regular ammo, then load a clip of SNK just before leaving the range, and have it available for actual law enforcement use without even thinking about it. No retraining needed.

BUT WHAT ABOUT TASERS AND BEAN BAG ROUNDS?

WAIT – don’t we also have TASERs and bean bag rounds?

YES – and in some circumstances, they actually work very well.

But a typical law enforcement firefight happens in poor or zero light, with under 3 seconds of warning. In those cases, TASERs and bean bags are NOT used currently.

We at SNK do NOT believe the SNK Round will change shooting policies or practices. It will not make anyone smarter, or a better shot, or give them a different attitude, or help them lose that annoying 15 pounds [Just messing with you on that last one.]

We DO think it will lighten the load on the coroner’s office and increase the work of the trauma unit in the ER.

IT’S ALL ABOUT THE R&D

The SNK Round is under development.

It’s an R&D project, with the initial static engineering done. We’re applying for various grants and seeking crowdfunding to finish the engineering and get it into production.

If you believe in protecting law enforcement officers and saving lives, we’d appreciate your support.

We’ll be posting videos of our research as it progresses, MythBusters-style. That research will consist, roughly, of some 3D finite element modeling using NASTRAN or some other great multiphysics code, followed by prototyping and tests using a high speed X-ray camera against surrogate targets at different speeds, angles, and locations, as well as testing against other objects for understanding ricochet.

We’ll be bringing contributors in with us to be citizen-scientists and make them part of our videos.

HERE ARE THE STORIES YOU DON’T WANT TO HEAR

(Muscoy, Southern California, 2018) A 4-year-old boy got hold of his grandfather’s gun, which was loaded and unsecured, and unintentionally _red it, striking his 2-year-old sister. The girl was rushed to a nearby hospital but died from her injuries.

(St. Louis, Missouri, 2018) A 5-year-old looking for candy found a holstered pistol instead, then fatally shot his 7-year-old brother, who was playing video games, thinking it was a toy. The father had a concealed carry permit for the firearm.