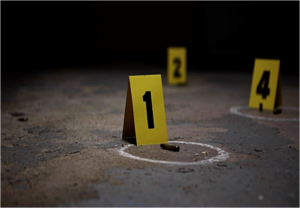 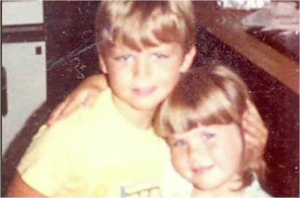 More than 1,000 people are killed by police officers in the US every year.  NO police officer starts the day by saying to himself or herself, “I guess I’ll kill someone today.”  Mistakes happen.  Judgment is not perfect.  Some people attempt “Suicide by cop”.  Mental illness and poor judgment meet reality.

Wouldn’t it be great to be able to STOP someone without KILLING them?

In civil society, police use guns to STOP people after all else has failed.  Killing is an unwanted side effect, NOT the actual purpose of shooting.

More than 500 people die in gun accidents in the US every year.  Would’t it be great if none of those incidents ended in tragedy?

In Science Fiction, action heroes have the ability to “Set for stun” and immobilize someone in an engagement situation without injuring them.  Alas, the human nervous system is not like that.  That’s too bad.  Some people even absorb multiple gunshot wounds without going down, increasing the chance of additional shots to stop them.  That’s downright tragic.

Meet the SNK ROUND [“STOP, NOT KILL”]

The SNK round is a patent-pending small arms round intended for the most common police calibers, including .357 [9 mm], .38 caliber, .40 caliber, and .45 caliber.  It’s being designed to be used interchangeably in all police side arms.  It’s at the engineering stage, and is NOT yet for sale.  We will be raising research and development funds via IndieGoGo.  We have the basic engineering models done, and plan to proceed to mathematical simulation, followed by developmental testing. 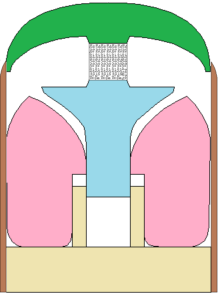 It meets the TWO criteria before any police officer would even consider using it.

Upon hitting a lightly clothed or unclothed human [for example, a person with a bare chest], the SNK round disperses between 8 and 12 projectiles in a circular, sideways pattern.  These projectiles cause extremely painful surface wounds [“flesh wounds”] over an area about the size of a dinner plate, causing instant, disabling pain, effectively stopping the person cold.  The projectiles are made of tungsten, an extremely dense [55% denser than lead], non-toxic, hard [non-deforming], tough [non-shattering], x-ray opaque metal with no sharp edges to endanger emergency medical staff.  Additional casing materials of the round are left with so little kinetic energy that they cannot penetrate well.  The result is to instantly stop the person, but without damage to internal organs, nerves, blood vessels, or bones.

When the SNK Round impacts a human body, the GREEN, STIPPLED, and BLUE sections move downward.

This forces the PINK projectiles outward, fanning out to cause a dinner-plate sized, shallow flesh wound that’s extremely painful, but not lethal.

After ejecting the massive PINK projectiles, the mass of the remaining pieces is too low to penetrate far.

The result – The targeted individual GOES DOWN, HARD, but DOES NOT DIE.

What Happens If a Suspect Tries To Execute a Police Officer by Ramming with a Vehicle?

Upon absorbing the additional impulse from hitting automotive windshield glass, metal, or hard plastic, the SNK round deforms into a conventional armor piercing round, and does not disperse.  Instead, it behaves like a conventional round in situations where someone is targeting an officer with immediate death by motor vehicle.  In such cases of intentional attempted execution of a police officer, the SNK round may be lethal.

When the SNK Round impacts a HARD SURFACE, such as auto window glass, the STIPPLED section shatters.

This forces the GREEN cap down over the PINK projectiles, holding them together.

The result – The round penetrates the window glass the same way a current round does.

This may result in a fatality for someone intentionally trying to execute an officer with a car. 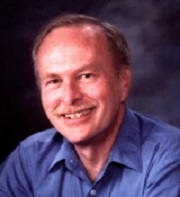 I’ve been a scientist and an engineer most of my life – except when I was an accountant, or some other career.  I worked on the Apollo project in college… yes, I’m that old.  We landed a man on the moon 3 weeks after I graduated, and I worked on the moon rocks for the next 3 years.

And, yes, before you object, I know it’s not perfect.  Heck – like all genuine research and development projects, it’s going to be a rocky road.  Even after significant engineering, it may not be 100% nonlethal in all cases.  And, yes, I believe in better police training – who doesn’t?  I believe in conflict resolution.  I believe in all the social engineering approaches to officer involved shootings that are discussed all the time.  But I know how much I miss my little brother, and I’d like to spare every grieving parent and sibling and spouse and child that horror.  About 14% of police shootings result in a death.  What if that dropped to 4%?  Or 2%?  Wouldn’t that be GREAT? 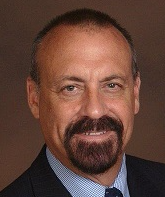 David started in Law Enforcement in his early years in Illinois.  Over 20 years of service David took over 50 classes in law enforcement and business and applied that to his everyday work ethics. During this time David was involved in every thinkable matter that could happen in law enforcement including such things as violet crimes.

HELP US SAVE LIVES…

This is a project to SAVE LIVES.  It’s our story, and we’re stickin’ to it.  We do not apologize for saving lives.

Check this space for our progress in the engineering, testing, and manufacturing rollout of the life saving SNK round!

Thank you for helping us save lives!

OUR MISSION IS TO SAVE 1,500 LIVES PER YEAR FROM GUNS!